Airdrop in the Spotlight 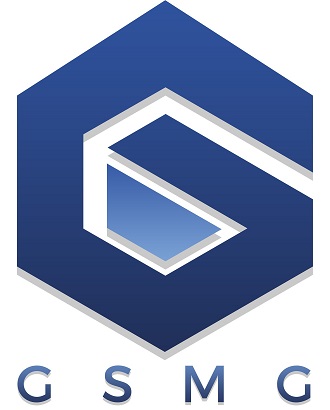 A while back, in December 2012, an English software developer and a contract employee Dean Nolan came across the concept of Bitcoin for the first time. No-one knows what happened next, but 4 months later, in April 2013, a new website, BetKing.io, emerged. It was an online casino platform with one simple game, a dice game, where you could prove mathematically the house didn’t cheat on you. The man behind the website was Dean, and the provably fair dice game turned him into a king, indeed. By December 2016 the platform made 7,391 Bitcoins in profit, had the biggest crowdfunded bankroll of 6,000 Bitcoins and, then…  went offline. How come it closed its doors on the rise, really? What happened to Dean? And, most importantly, why you should take part in the BetKing airdrop taking place right now – read in the following piece.

The inspiration behind BetKing

Although Dean has never worked in the gambling niche officially, before launching the platform he had taken part in amateur championships and played as a recreative contestant for fun.

Yet, the more he played against the bookies, the more problems he saw. It was becoming increasingly harder for new players to have any chance of winning, Dean explained, and that was a reason good enough to launch a poker site of his own.

By December 2016, the English developer had been working on BetKing full-time and on his own for the previous 4 years. He was doing development, marketing, support, promotion and security with only the odd contractor here and there to help.

Dean was exhausted and needed to take some personal time to recharge the batteries as well as consider better ways to bring BetKing to new levels. He gave the bankroll investors their money back and wound things down.

When he did it, BetKing had the wagered volume of 400,000 Bitcoin and the individual monthly Bitcoin return  of 128 BTC.

By the end of his 6-month break, in the summer of 2017,  Dean came up with an idea to expand from the number one dice site to the one gambling site. But this time he had a plan.

The BetKing official public sale started August, 7th, 2017, and finished in September. Together with his new team, Dean issued 70mln BKB tokens on top of Ethereum, $0.0930 each, to reclaim the crown as the most popular and trusted crowdfunded casino.

The BetKing ICO raised over 1000 BTC, over 4500 ETH and over 850 LTC. 30mln of the BKB tokens were allocated to ICO bounties, advisors, hiring, marketing and development. But, most importantly, 50% of the funds raised were used for the house bankroll that players bet against.

So, at the time of press, after 18 months, the updated version of the platform offers provably fair casino games, such as Blackjack and Roulette; supports multiple cryptocurrencies including Ethereum and Litecoin betting; integrates casino websites and app owners, and the recent winner took home 200 BTC.

Why take part in the BetKing airdrop

Is there life after an ICO? If you raise enough money and develop a project quite extensively, there often comes a time when you’re ready to offer users a better experience, and you want everybody to find out about it.

By investing in BetKing you increase the bankroll and also the maximum profit a player can win per bet. This attracts more players. You will receive a share of the profit the site makes from player losses. But you will also share the loss when a player wins.

This is the reason why BetKing is airdropping 25 BKB Tokens (~$2.5) to 5000 airdrop participants and 25 BKB tokens (~$2.5) for every referral. They’ve got money to give away just so you try their token, bet with it on their platform and maybe exchange it later for your favourite LTC, BTC or ETH. But you should take action sooner because the airdrop is limited to a maximum of participants and will close once this limit has been reached.

Intrigued by life and work of Dean Nolan? Read FAQ on how you can take part in the BetKing airdrop. We’ve got answers to your questions.

Airdrop in the Spotlight Airdrops News
Mother of all blogs: EVERYTHING about Crypto Airdrops
10 months ago
0 11431